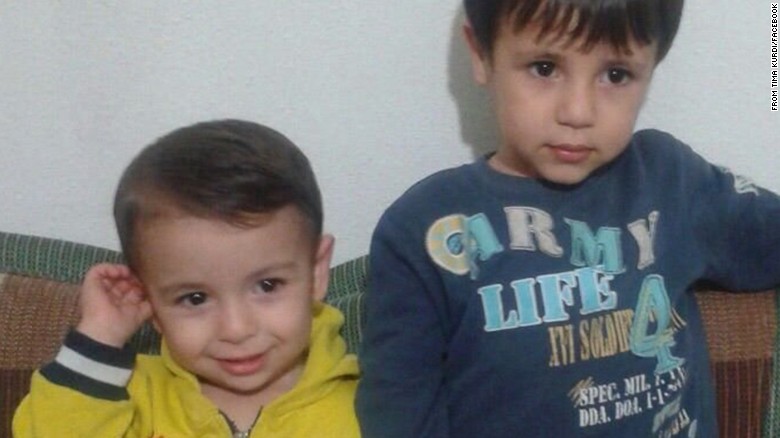 Every week last summer news of refugees streaming into Europe dominated global headlines. Yet it wasn’t until September 2, one year ago, that the world reacted in horror to the image of Alan Kurdi — the 3-year-old Syrian toddler who drowned trying to escape a war that was older than he was — dead on a beach in Turkey.

Like the photo of the naked girl burning from napalm during the Vietnam War or images of starving children in Ethiopia in 1984, would Alan’s photo prompt action by world leaders to end the suffering that has caused millions of people to risk their lives in search of safety?

Sadly, the answer so far is no, and the world must do better. Since Alan died, more than 4,000 mothers, fathers, sons and daughters have died trying to make a similar journey across the Mediterranean, according to the International Organization for Migration. The situation is so dire that Save the Children, an organization for children in need, is launching a search and rescue boat to prevent children from drowning as they try to get to Italy from Africa. Globally, during the same period, the International Organization for Migration estimates that more than 6,000 migrants died attempting to find a better life.

How will history reflect on our lack of action?

Just last week, humanitarian organizations including Save the Children called for a 48-hour ceasefire in Aleppo, Syria, to allow for aid and food to reach the families under siege. That’s a first step, but political solutions to end fighting in Syria, Afghanistan, South Sudan and elsewhere must remain the goal to bring about peace and to ensure that another generation of children doesn’t grow up surrounded by constant violence.

The reality is that even when such solutions do develop, not everyone who has left can or will go home. Some still do not feel safe returning. For others, their land or home is gone. For others still, there is no reason to go home because they have been permanently resettled in their new home country — earning a living, integrating into local communities and making economic and civic contributions.

Regardless of why people left and whether or not they can return, there are three steps we can take to improve the lives of displaced people the world over.
First, we need to continue to support countries at the front lines of the crisis with immediate needs. I just returned from Berlin, where I met with refugee families. They told me that the majority of their basic needs such as food and shelter are covered, but their biggest concern is their children’s future. Nearly every family I’ve spoken with says the main reason they fled their country is so their children could have an education and a childhood.

Germany has taken in more than 1 million refugees in the last year, and the government is doing what it can to register children for school as quickly as possible and to allow for families to move out of the camps and integrate into society, but they need our political and financial support.

Another example is Lebanon — a small country where more than 25% of the population is refugees. This country has taken in families in their time of need, but they need additional funding from the international community for extra shifts at school so more children can access quality education, vocational training and cash subsidies to avoid a rise in child labor.

Second, as leaders prepare to meet in New York for the UN General Assembly, they should commit to the principle that no refugee child should be out of school for more than 30 days. Given what these children have been through, we need to focus on more than just their immediate physical needs.

After basic needs are met, few things are more beneficial than an education to help a child recover from the psychological trauma of violence. Learning inside a classroom helps children gain skills that enable them to become productive members of society and embrace a future of hope, not one overshadowed by the false promises of extremism.

Finally, we need to change the negative and generalized way that we think about the 65.3 million people worldwide who are currently forcibly displaced. They are individuals who would collectively make up the 21st-largest country in the world, with a population larger than Texas, Florida and Pennsylvania combined. They come from all races, religions, professions and more than 150 countries.

Many have experienced or witnessed violence on a scale that most Americans cannot fathom. Each has a family and has had to leave a job and oftentimes a home. We need to understand that those displaced are people with great potential.

President Barack Obama’s Leaders’ Summit on Refugees is just 18 days away. This fall will also see the election of the ninth UN secretary-general and elections in more than 20 countries. It is time for the world to step up and make a greater commitment to help refugees, help the countries who host them and give refugee children a future they can believe in.