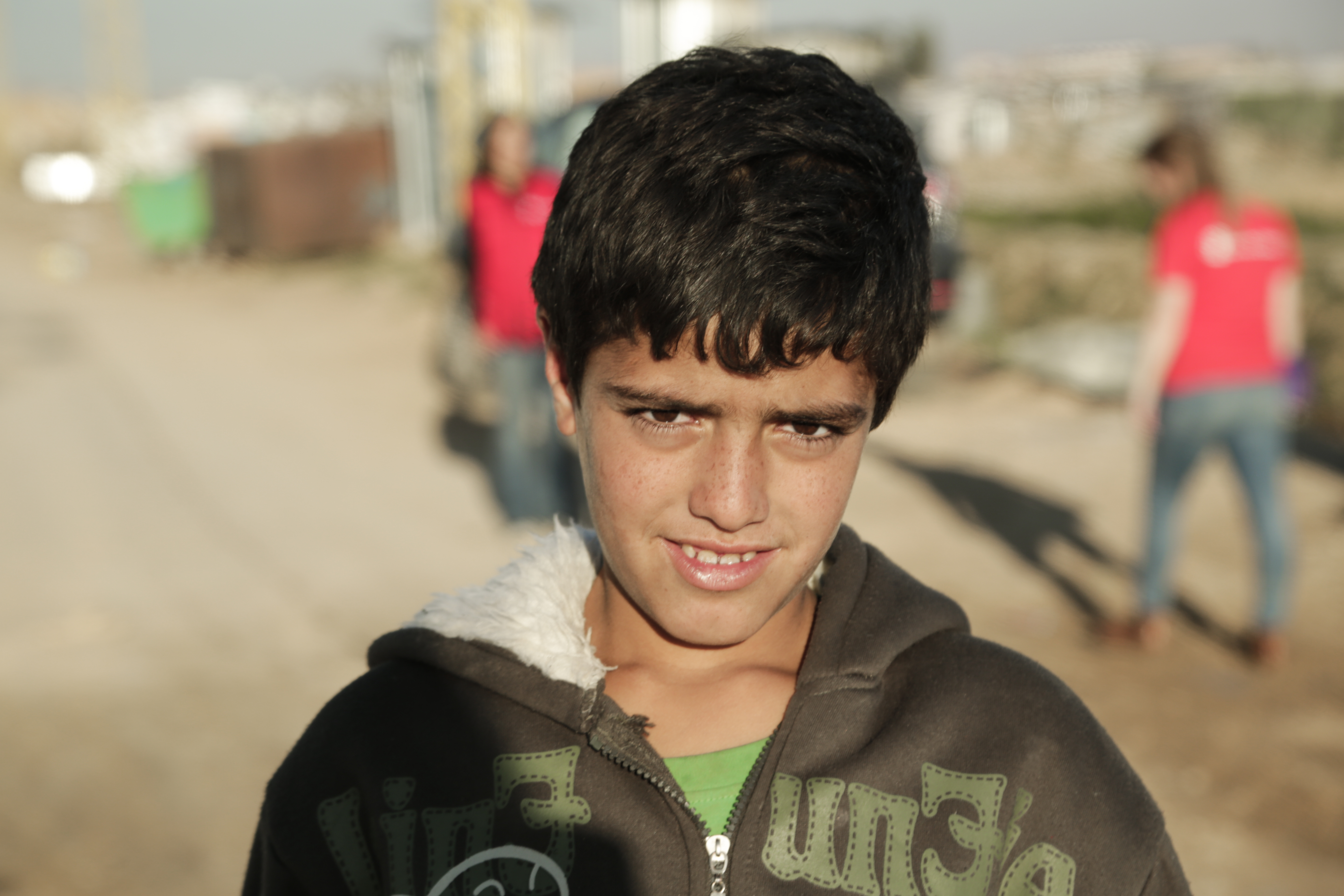 When Ali* and his family fled their home in Syria shortly after the war broke out, they had nothing but the clothes on their backs and hope for a better future. Five years on, that hope has turned to despair. Now in Lebanon, none of the family’s six children attend formal schooling, and 15-year-old Ali and his younger brother must work to support their family, digging potatoes for just $4 USD per day.

With wars and persecution driving more than 20 million people worldwide – half of them children – to seek protection in other countries, many are struggling to access basic services. This includes healthcare and education, and the important day-to-day needs of food and shelter.

While education is the single most important tool we can equip children with, it is often one of the first casualties of conflicts and emergencies. Less than 2 percent of global humanitarian funding is currently provided to pay for learning during crises – thereby wasting the potential of millions of children worldwide. Formal learning provides children with the knowledge and skills they need to succeed, while giving them hope for the future. It also gives children who have experienced the trauma and horrors of war and disaster the stability and sense of familiarity they need to be children, while protecting them from the risks of exploitation. Despite the generosity of many countries hosting large refugee populations – the vast majority of which are developing countries – most are struggling to provide refugees with the most basic services, including education. The situation is especially bleak in countries where a third generation of children has now been born into displacement.

A poll commissioned by Save the Children in April found that 77 percent of respondents in 18 countries think children fleeing conflict have as much right to an education as any other child. Yet, for 3.2 million refugee children around the world like Ali and his siblings – who want nothing more than to learn and go to school – education is often an unattainable dream. We simply cannot allow this to continue.

Nearly one month ago at the World Humanitarian Summit, several organizations, including the Global Partnership for Education and Save the Children, joined forces with governments and donors to stop education from falling through the cracks during emergencies. Save the Children also committed to campaigning to get all refugee children back in school within a month of being displaced. Being a refugee cannot be synonymous with missing out on a quality education or being denied a better future – especially when vulnerable children have been forced to flee their homes and countries through no fault of their own. In short, refugee children deserve the right to a quality education as much as any other child.

We know that host countries need support from the international community and understand that no single country can solve this challenge on its own. But we also know that political will is key to solving this challenge.

Our goal is simple – to get millions of refugee children affected by crises back in school, where they belong.

The Education Cannot Wait fund has the potential to be a game changer, but only if governments, donors and aid organizations come together to prioritize, support, coordinate and properly fund this mechanism.

While $90 million USD have been generously pledged to date, billions more will be needed over the next few years if we are to reach our goal of getting 75 million children affected by crises back to school by 2030. Only then can we meet the Sustainable Development Goals set out by the UN, and ensure that no child in the world is ‘left behind.’

Accountability and transparency will be key to the success of Education Cannot Wait – so too will be ensuring that any money pledged for education in emergencies is new, and not simply taken from aid already earmarked for life-saving services like healthcare and nutrition.

In September, world leaders and donors will come together at two key global meetings on the issue of refugees and migrants – this most pressing challenge of our time. We urge those in attendance at the UN high-level meeting and the leader’s summit to prioritize education for children in emergencies and protracted crisis, including those who have been displaced.

With the right opportunities and the chance to learn, children like Ali will no longer be pressured to work – giving him and his family the hope they need to rebuild their lives, and potentially their country, if or when it is safe for them to return.

To learn about Save the Children’s work to help refugee children, click here.